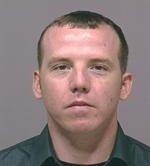 Deputy Shandon Wright died from complications following surgery to repair an injury sustained in an assault while on duty. He was recovering at home after having surgery the previous day when he began having trouble breathing. Paramedics were sent to the home but were unable to resuscitate him. Deputy Wright had served with the Pierce County Sheriff’s Department for five years. He is survived by his wife and daughter.