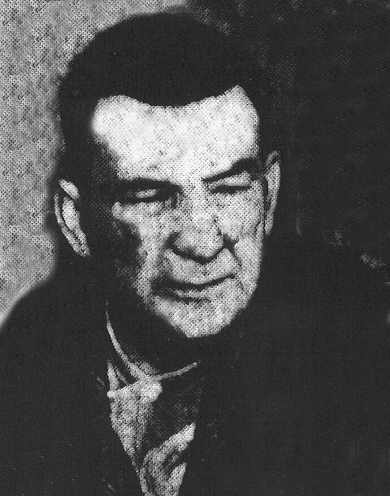 On the evening of March 31, 1935, Officer Olaf Wilson, 36, was working in a patrol car with his partner, Officer Joseph A. Edwards. The pair worked out of the Ballard Precinct which was located at Ballard Ave. and 22 Ave. NW. The building is no longer there. There is currently a bell tower and a small park. Before Seattle annexed Ballard in 1907, the building served as the Ballard City Hall and police station.

Wilson and Edwards has just completed a burglary investigation. They needed to check in with their precinct. The officers decided to use the call box on the east side of 15 Ave. W. at W. Dravus St. For some reason, they parked their patrol car on the west side of 15th Ave. W., and Officer Wilson walked across the street. After using the call box to check in, Wilson started walking across the street to the patrol car. He stopped at the center of the road to let a southbound truck pass. When he stepped ahead, he was hit by a southbound car traveling at a very high rate of speed. Wilson, who weighed 220 pounds, was thrown 129 feet. He died instantly. His watch was broken by the impact. It stopped at 10:06 p.m. The vehicle which hit Officer Wilson never even slowed down.

A vehicle occupied by Mr. and Mrs. Herman Ervold had been behind the speeding car. They stopped at the scene. Officer Edwards asked them to watch over his friend while he chased the hit and run vehicle. After a chase through the Queen Anne area which covered several miles and reached speeds of 80 mph, Officer Edwards fired one shot at the suspect vehicle, hitting a fender. The vehicle stopped, and the driver was arrested.

Officer Olaf Wilson was survived by his widow Oka Fay, a son, Albert, and a daughter, Fayetta. As usual, the citizens of Seattle turned out in droves for his funeral in Ballard on April 2, 1935.

The man who killed Officer Wilson was a Seattle optician, Theodore W. Hammar. He was charged and tried for manslaughter. He was acquitted. His defense was that he sustained a bump on his head the day before the incident, and it caused him to be forgetful and act erratically.

Officer Wilson served the Seattle Police Department for 9 years., He is survived by his wife, son, and daughter.