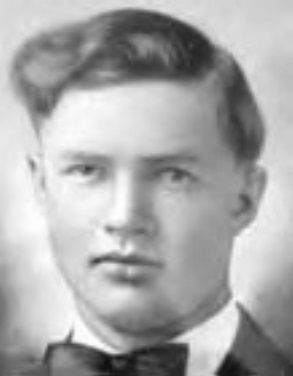 Officer Wickman’s motorcycle struck the passenger side of the Ford coupe, driven by Mrs. Edward Schultz.  He was ejected from the bike, landing on the hood, where his head struck the windshield frame.  Mrs. Shultz said that she saw the motorcycle on the ground, but didn’t see Officer Wickman before she ran to a nearby service station for help.

Another passing motorist, Mr. D. G. Bowlus, saw Officer Wickman’s body and flagged down another car for help.  The two loaded Officer Wickman into a car and drove him to Tacoma General Hospital where he was dead on arrival.

The next day, a coroner’s jury absolved Mrs. Schultz of all responsibility in the death of Officer Wickman.

Wickman had served with the Tacoma Police Department for ten months. He was survived by his wife and two daughters.