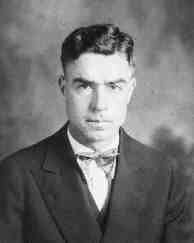 On Thursday, September 29, 1932 Bureau of Prohibition Special Agents Ballard Turner and Ernest Vlasich were shot by a moonshiner that they were attempting to arrest in Vancouver.

The agents had gone to the man’s home and purchased two gallons of moonshine whiskey.  They attempted to effect an arrest of the man when he produced a .380 caliber handgun.  The suspect opened fire, killing Special Agent Turner instantly.

Special Agent Vlasich survived his wounded but died at a hospital on October 14, 1932.

The suspect was convicted of murdering the agents and sentenced to life in prison at Walla Walla.

Special Agent Vlasich is survived by his wife and daughter and two sons.