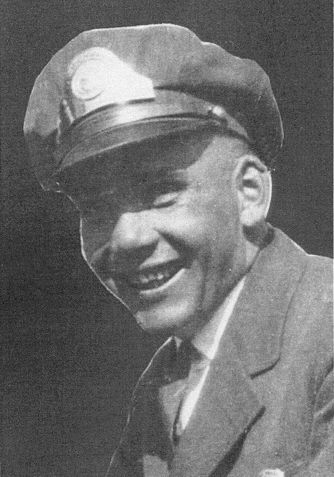 On August 29, 1926, Trooper Irving Thorsvig of the Washington State Patrol was involved in a motorcycle collision on the Bothell-Seattle Highway.

Trooper Thorsvig had slipped on a brick portion of the highway and a handlebar struck his chest. It was originally believed that the injury was minor in nature; only a bruised lung.

After the crash, his mother took him to Los Angeles but he died on Tuesday, October 26, 1926 before being able to reach a sanitarium.