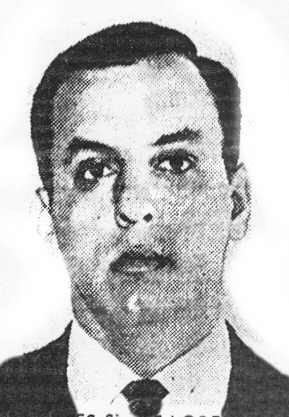 On Friday, June 21, 1974, Pilot Officer James St. De Lore and Observer Officer James Forbes were aboard a Seattle Police Department helicopter, a Bell 47 with call sign Air 3, when they were involved in a midair collision with a Cessna 150.  The midair collision occurred near South Benefit Street and 37th Avenue South, less than a mile southeast of Boeing Field, just east of Interstate 5.  Also killed in the crash was the pilot of the Cessna, Janet Page of Tacoma and her passenger, John Hampton of Tukwila.  The pair were returning from a day trip to Hoquiam.

Air 3 had been in the area of South Kenyon Street and Empire Way South tracking a stolen car when Seattle Police received a call of a shooting in front of 9035 37th Avenue South, near the south end of Beacon Hill.  Officer Saint De Lore, a decorated pilot from the Vietnam War with over 3,000 hours logged, and Officer Forbes, an officer observing the Seattle PD’s helicopter unit for the day, responded to the area.  As they arrived above the scene, they began to circle as patrol cars were just arriving as well.  The Cessna had clearance to land at Boeing Field and was headed west, on final approach before making a right turn for a northbound landing.  Air traffic controllers had given permission for Air 3 to be in the area and the Cessna acknowledged having visual of the helicopter before the collision.

Eyewitness accounts from the ground and other general aviation traffic said that Air 3 was climbing when the rotors struck the right side of the Cessna, causing the plane to be ripped apart.  The rotors were ripped from the helicopter and it fell almost straight down, while the plane’s wreckage was scattered over two blocks.  It’s believed that the four victims were deceased before they hit the ground.

Officer Forbes was a patrol officer, assigned to SPD’s Georgetown Precinct.  He was aboard that day as an observer; part of an SPD program to better familiarize officers with the helicopters.  He had switched with Officer Mike Nelson to do his observation ride on Friday, instead of the day before.  Officer Nelson was in a patrol car just below the helicopter at the time of the crash.

The National Transportation Safety Board announced in January, 1975 that pilot error was to blame for the crash.  The report indicated that the pilots failed to “see and avoid” the other aircraft.  The board also criticized air-traffic controllers at Boeing Field for not giving Officer Saint De Lore enough warnings about other aircraft in the area.

Officer St. DeLore served the Seattle Police Department for four years. He is survived by his wife and son and daughter.