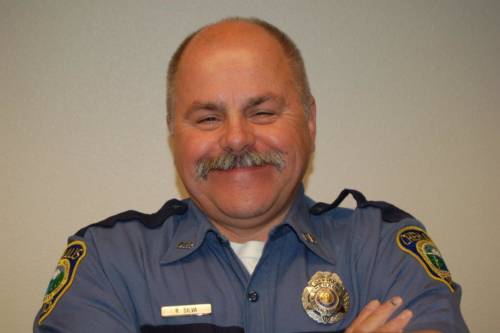 Police Officer Rick Silva died while undergoing surgery to correct a duty related injury sustained in February 2015 while attempting to arrest a shoplifting suspect in the 1600 block of Louisiana Avenue.

The offender, who was armed with a knife, resisted arrest. During the ensuing struggle Officer Silva injured his hip in the same location in which he had suffered a previous duty injury. The second injury required him to undergo surgery.

Officer Silva had served with the Chehalis Police Department for 13 years and had previously served with the Lewis County Sheriff’s Office for 12 years. He is survived by his wife, three daughters, and son.