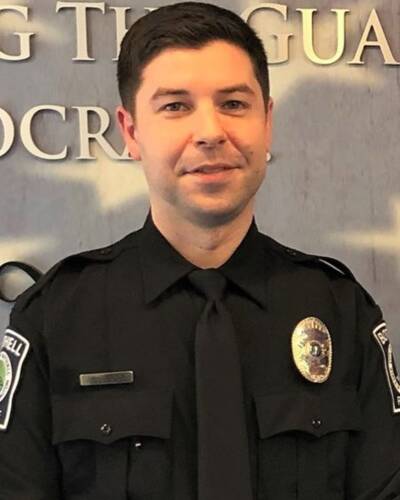 Police Officer Jonathan Shoop was shot and killed in the 10300 block of Woodinville Drive following a vehicle pursuit.

At approximately 9:40 pm Officer Shoop and his field training officer attempted to stop a vehicle for failing to display a license plate. The vehicle fled the stop, struck a man on a scooter, and then crashed on Woodinville Drive. The occupant of the vehicle emerged, made anti-police statements, and immediately opened fire on officers, who were still in the patrol car.

The man was apprehended six hours later, hiding on the roof of a nearby building.

Officer Shoop was a U.S. Coast Guard veteran and had served with the Bothell Police Department for one year. He is survived by his mother and two brothers.