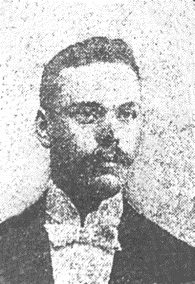 On Saturday, September 24, 1910 at about 1000 hours, Patrolman Matthias Rude of the Seattle Police Department was stabbed by a prisoner while assigned to stockade duty.

Patrolman Rude and other officers were guarding about thirty prisoners on a work detail outside the downtown Seattle jail.  Suddenly, prisoner R. Ladovich produced a pick ax and stabbed Patrolman Rude in the head.

Ladovich, who was serving a thirty day sentence for check fraud, was feigning sickness earlier in the day and told to work by the officers.

Patrolman Rude was transported to a hospital where he died at about 1610 hours.

Officer Rude is survived by his wife and two sons.