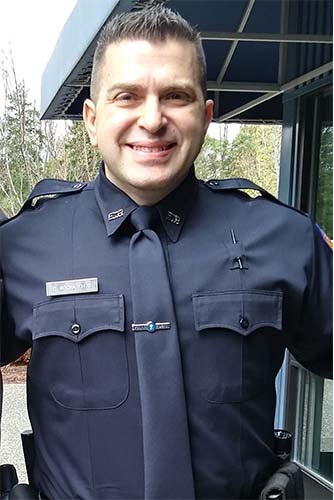 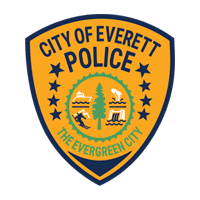 Officer Dan Rocha was shot and killed after a brief fight while investigating a suspicious person.

Officer Rocha initiated a contact with a suspicious person he observed transferring firearms between vehicles while working in the 1000 block of North Broadway in Everett.  During this contact, Officer Rocha learned the identity of the subject, that he was a convicted felon and there was an outstanding warrant for his arrest.  After being told he was not free to leave, the subject became agitated and moved toward his vehicle, at which time Officer Rocha attempted to put him in handcuffs.  The subject began actively fighting Officer Rocha and as they fell to the ground, the subject pulled a gun from his own person and shot Officer Rocha multiple times, including fatal shots to the head.  The subject fled the scene in his vehicle, running over fallen Officer Rocha’s body.  He was apprehended a short time later following a brief vehicle pursuit.  Officer Rocha died on scene despite valiant lifesaving efforts by fellow officers arriving on scene.  The suspect was arrested and charged with multiple felonies, including Murder 1.

Officer Rocha had served as an Everett Police Officer for nearly 4 years and was assigned to north sector patrol.  Prior to his commissioned service, Officer Rocha served the Everett Police Department as a Parking Enforcement Officer for over a year.  Dan was a devoted family man who treasured time with his family, loved hockey and was dedicated to serving his community.

Officer Rocha was survived by his wife, 9- and 11-year-old sons, father, stepfather, sisters and a large extended family.