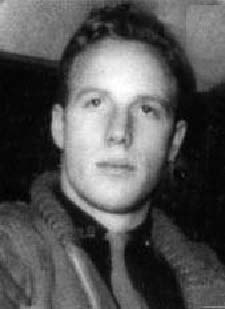 On 9-1-1967 around 9:00 a.m., Officer David P. Richards, 28, was on duty and in his tenth and final day of SPD motorcycle training. The training officers, Merle Dickhaut and R. J. Thomas were with four SPD motorcycle officer trainees travelling north on Interstate 5.

David P. Richards was born on 9-14-1938 in Seattle. He grew up in the Seattle area. He married Marianne Mannell on 10-24-1958. David was a police officer in Redmond for several years. He was a police officer in California for a short time before returning to Washington in 1966. He was commissioned as a Seattle police officer on December 5, 1966. After graduation from the police academy, he was assigned to the Traffic Division.

Officer Richards served the Seattle Police Department for 9 months. He is survived by his wife and 2 daughters.