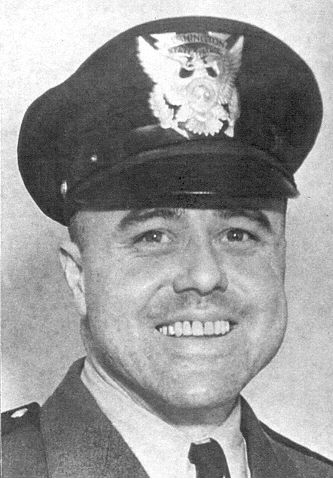 On Sunday, December 16, 1934, Captain Loren (Bud) Ray of the Washington State Patrol was conducting a hit and run investigation when he fell to his death.  Captain Ray was working at the County-City Building in downtown Seattle when he received a telephone call with suspect information that included the vehicle’s license plate.

After attempting to enter the county auditor’s vehicle licensing office after unsuccessfully using several keys and a lock pick, Captain Ray attempted to crawl along a narrow ledge to gain entry to the office through a window.  The office’s lock had been changed around November 1, but Captain Ray didn’t have a key yet.

As Captain Ray crawled across the edge of the light well, he fell 15 feet to his death after suffering a severe skull fracture.  His body wasn’t discovered until Tuesday, December 18, by two boys playing in the building’s courtyard.