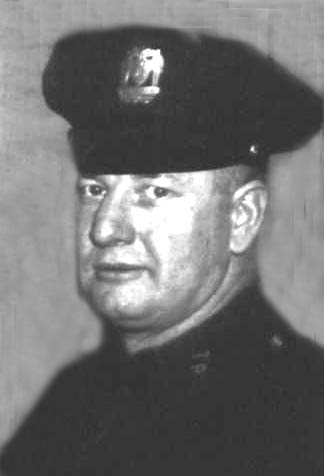 On Tuesday, January 22, 1957, Tacoma Police Department Sergeant Ben Overdahl was off-duty and in plainclothes, having a cup of coffee at a restaurant located at 1104 South “K” Street.  One of the employees asked for Sgt. Overdahl’s assistance with a drunk customer, Harold Almquist.  The employee asked Sgt. Overdahl to speak with Almquist due to his state of intoxication and his bothering other customers.

After attempting to quiet Almquist, Sgt. Overdahl placed him under arrest and led him outside to the call box at 11th and “K” Streets.  A struggle ensued at the call box, and Sgt. Overdahl collapsed while suffering a heart attack.  A passing taxi driver tried to assist Sgt. Overdahl as Almquist fled the scene.  Sgt. Overdahl was transported to St. Joseph’s Hospital where he was pronounced dead on arrival.

Almquist was located a while later at a nearby tavern where he was arrested and charged with being drunk and disorderly and for resisting arrest.

Sgt. Overdahl joined the Tacoma Police Department on May 8, 1930 where he worked a prowl car until his promotion to sergeant on October 1, 1942.  At the time of his death, Sgt. Overdahl was working as the Tacoma City Jail Superintendent.

Sergeant Overdahl served the Tacoma Police Department for 27 years. He is survived by his wife and son.