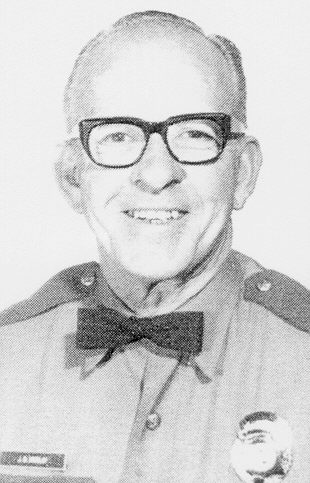 On Thursday, August 15, 1974 Weight Control Officer Joe Modlin of the Washington State Patrol was struck and killed while working at the Home Valley scales on SR-14 about fourteen miles west of Stevenson.

WCO Modlin was struck by a logging tractor trailer as he was conducting an inspection of another truck, walking between trucks.

At the time of his death, Officer Modlin had served six years with the Washington State Patrol.  He is survived by his wife and three daughters.