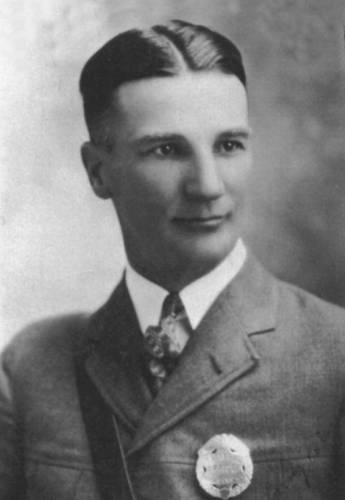 On Tuesday, June 12, 1928, Deputy Valentine McDavis and an attorney were responding to a manslaughter investigation aboard Deputy McDavis’s motorcycle with sidecar when they were involved in a collision.

While heading to the scene, a vehicle failed to yield right of way to Deputy McDavis and struck the motorcycle.  Deputy McDavis was thrown from the motorcycle where he struck a pole and was killed instantly.  The attorney was also severely injured, but eventually recovered.

Deputy McDavis was a veteran of the British Army.