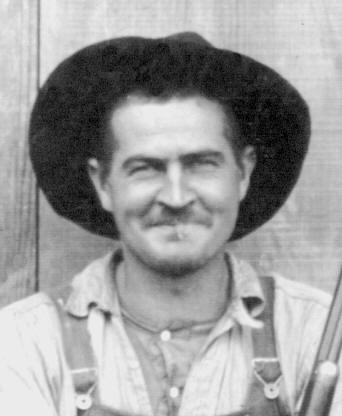 On Sunday, December 15, 1929, Marshal Ed Luton of the Hamilton area of Skagit County attempted to break up a drinking party in town.  After pouring all of the liquor down a sink drain, he was assaulted by partygoers and died in the kitchen area of the house.

His body was dragged to a main street near the house and eventually ran over by one or more passing vehicles.  It’s believed that Marshal Luton’s body was moved to make it appear that he was struck by a car.

Autopsy results showed he was killed by blunt force to his head.

The party house burned to the ground the following day and no evidence was really collected.  One of the partygoers was the daughter of a local politician, causing political controversy to surround the incident.

The case remains unsolved and no suspects were ever identified.

Marshal Luton’s expectant wife was named Hamilton’s marshal, becoming the first female law enforcement officer in this area of the country.  She served until a permanent replacement was named the following spring.

Marshal Luton is survived by his wife and four children.