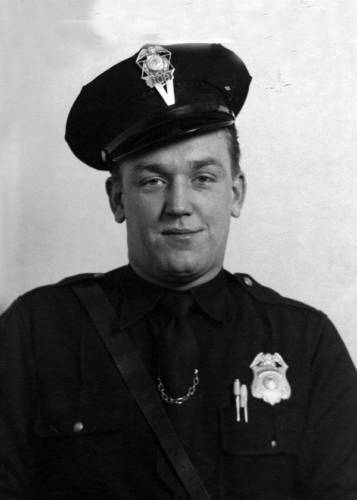 Officer Lancaster was injured in a motorcycle accident while on patrol. He was taken to the hospital, prompting one of the biggest blood drives the town had seen. Lancaster was unconscious for two weeks. He was on the mend after a month in the hospital, but developed pneumonia and suddenly died. He is survived by his wife and two young daughters.