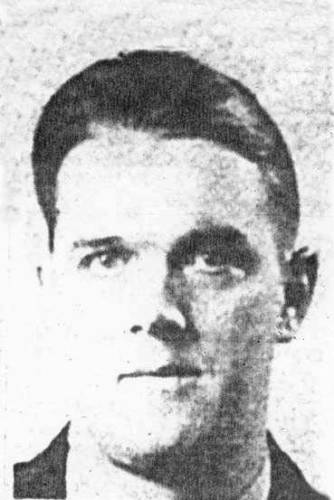 On Saturday, March 27, 1948, Officer Francis Konen of the Kelso Police Department was shot and killed after responding to a domestic dispute call at a hotel in town.

After other officers had left the scene, Officer Konen stayed to interview two females involved in the incident.

The very intoxicated male suspect came down from his room to the hotel lobby and began assaulting Officer Konen.  During the fight, the suspect got control of Officer Konen’s pistol and shot him twice.  Officer Konen was able to subdue the suspect and hold him until backup arrived, but later died from his wounds.

Patrolman Konen served Kelso Police Department for three years. He is survived by his wife and son.