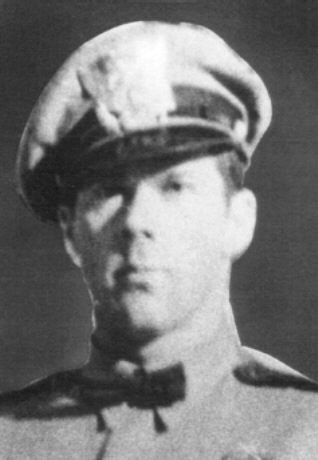 During the overnight hours of Monday, December 12, 1949, Trooper Paul Johnson of the Washington State Patrol, along with several King County Sheriff’s deputies responded to 755 North 138 Street in the Ernie’s Grove area near North Bend after the report of a shooting.

Walter Peden was holed up in his small white cabin after shooting and wounding two of his neighbors.  After Trooper Johnson and deputies arrived, Peden opened up a window and began to fire.  Trooper Johnson was partially concealed behind his patrol car, but he was struck by .22 caliber rifle fire multiple times.

At about 0400 hours, after multiple shots and tear gas was fired into Peden’s cabin, a shot from Deputy Elmo Hudgens brought Peden to surrender.  All told, Peden was struck twenty-one times and survived.

Trooper Johnson was transported to Providence Hospital in Seattle where he died a short time later.

Patrolman Johnson served the Washington State Patrol for three years and is survived by his parents.