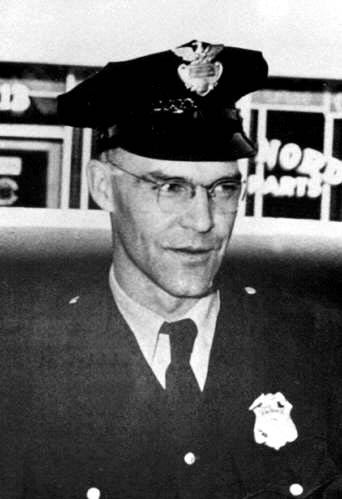 Patrolman Jackson was shot and killed while attempting to arrest a youth who had murdered his father and wounded his grandfather. As Jackson chased the suspect on foot he rounded a corner and was confronted by the boy. As he attempted to talk the suspect into giving up, the boy opened fire with a .22 caliber revolver, striking Jackson several times. Although mortally wounded, Jackson was still able to overpower the boy and hold him until other units took him into custody. Jackson was taken to a local hospital where he succumbed to his injuries two hours later.