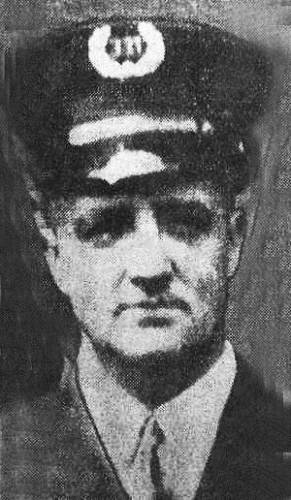 On Thursday, November 15, 1945, Seattle Police Officer Fred Hull and his partner, Officer Osborn, responded to the report of a man brandishing a knife at a tavern.  They arrived and located the suspect in nearby service station at 19th Avenue East and East Madison.  In an attempt to avoid capture, the suspect had locked himself in a restroom.

After the officers ordered the suspect to come out, he opened fire through a glass door and hit them both. Officer Hull later died of his wounds shortly after the shootout.

Officer Osborn and two additional officers fired on the suspect, killing him.

Officer Hull served the Seattle Police Department for eighteen years. He is survived by his wife and his three children.