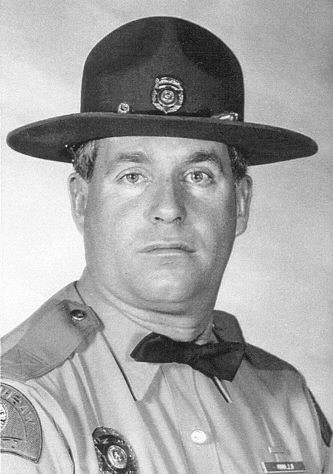 On Wednesday, January 17, 1990, Washington State Patrol Trooper Ray Hawn and Benton County Sheriff’s Deputy Paul Daley were struck by a vehicle while assisting a motorcyclist.  The rider had run out of gas on the shoulder of old SR-12, now Wine Country Road, about one mile southeast of Grandview.  Trooper Hawn and Deputy Daley’s patrol cars were parked with their emergency lights on along the shoulder of the road opposite the disabled motorcyclist.

The causing driver was slowing when she saw the patrol cars with their lights on.  Her car veered two feet over the right fog line and she struck Deputy Daley from behind.  She subsequently struck Trooper Hawn at the grill of her car and he was thrown into the windshield.  Later, she said she was looking at the emergency lights and not where her vehicle was traveling.

Trooper Hawn, a twenty-one year veteran of the Washington State Patrol, suffered massive head and internal trauma.  He was transported to Sunnyside Community Hospital where he died a couple of hours later.

Deputy Daley suffered scrapes to his arms and leg injuries.

The driver was charged with negligent driving; which at the time carried a fine of $250.

Trooper Hawn is survived by his wife and three children.