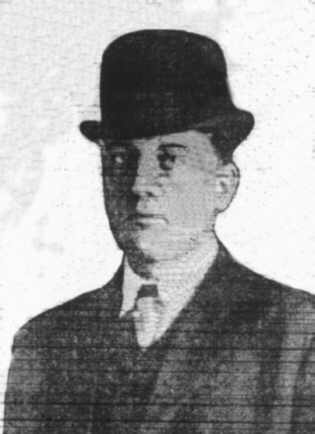 On Tuesday, July 4, 1911, at about 2100 hours, Patrolman Henry Harris of the Seattle Police Department, regularly assigned as the crossing patrolman at South Washington Street and Occidental Avenue South since June 1, 1911, was shot and killed after being ambushed.  Patrolman Harris was working overtime in the Washington Street district (generally referred to as Pioneer Square today) moving the crowd of 2,000 mostly intoxicated men along their way as they celebrated in the streets.

Witnesses said that Patrolman Harris had just cleared a man from the corner of South Washington Street and Occidental Avenue South when an unknown suspect walked up behind Patrolman Harris and shot him in the back of the head at point blank range.  Newspaper reports indicated that he clapped his left hand to his wound behind his right ear and reached instinctively for his revolver.  He fired five shots in the direction of his shooter before he fell at 109 South Washington Street.

Patrolman Harris was taken to City Hospital, where he died about an hour later.

Many people in the area were not only celebrating Independence Day, but they were also protesting government.  When the police arrived in the area to investigate Harris’s murder, not many people were forthcoming with information.

Motorman J. Walters, driving street car No. 300 of the South Seattle line that evening trailed the suspect as he ran south on Occidental, then west on Main Street, continuing north into an alley halfway between Occidental and 1stAvenue, out of sight.  Conductor F.A. Brown saw the shove off the sidewalk that apparently precipitated the attack and also provided the police with a detailed account of the entire incident.

Sergeant Frank Keefe and Sergeant P.H. Jennings had been with Patrolman Harris, talking with him in front of the rowdy crowd just before Patrolman Harris was ambushed.  The sergeants were conferring with Patrolman Lee Blount and Patrolman Dick Roesler at S Washington Street and 1st Avenue South when the shots rang out a block away.  The four ran to the scene and were the first to arrive.  Minutes later reinforcements began coming into the area from headquarters and surrounding neighborhoods.

Despite numerous leads and several corroborating witnesses who gave excellent suspect descriptions, no suspect was ever caught or identified.