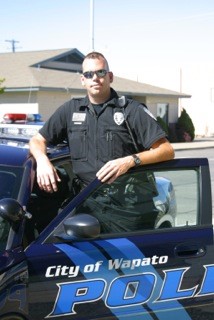 Officer Derek (Chip) Hansen died as the result of injuries sustained in 2011 while attempting to subdue a subject who was resisting arrest.

Officer Hansen’s shoulder was injured during the incident and required him to undergo surgery. A blood clot developed following the surgery which resulted in Officer Hansen suffering a pulmonary embolism.

Officer Hansen was a U.S. Army veteran and had served with the Wapato Police Department for 24 years. He is survived by his son, fiancée, parents, and sister.