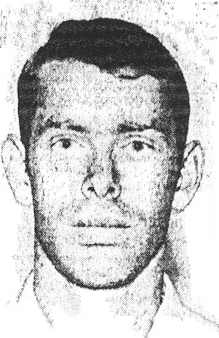 On September 23, 1976 around 10:20 p.m., King County Police responded to a shots fired call. Residents said several shots had been fired into the house by Gary M. Horton, 17, who then sped away in a car. A 12 year-old boy inside the house sustained a minor head wound. Horton had previously lived at the house as a foster child.

Shortly before 11:30 p.m., Officer Dorian Halvorson, 30, and his partner, Officer Fred Still, were flagged down by two frantic women in the White Center area. One of the women was Horton’s girlfriend. The other woman was her mother. They told the officers about the shots incident being investigated by the King County Police. The girlfriend told the officers she believed Horton had her 16 year-old sister with him at a nearby house. She was afraid for her sister’s safety.

Officers Halvorson and Still went to the house. They were joined by other Seattle officers and a King County officer. Horton was inside a basement apartment. The entrance to the basement was in the backyard and at the bottom of a stairwell. As the officers approached the stairwell, the door opened and the 16 year-old sister came out. Officer Halvorson rushed to the bottom of the stairwell, grabbed the girl, and pushed her up the stairs to safety. Halvorson pushed the door open, and Horton stated shooting with a 9-shot .22 caliber revolver. Officer Halvorson returned fire. One of Horton’s shots struck Halvorson in the head, and he fell to the floor. Other officers fired at Horton and he retreated to the kitchen. Moments later, a single gunshot was heard from inside the apartment. Horton was found dead on the kitchen floor.

Officer Halvorson was rushed to Harborview Medical Center. He died at 5:00 a.m. on September 24, 1976. After the incident, it was learned that Horton had threatened to shoot it out with the police.

Officer Dorian Halvorson was survived by his wife, Judy, and his parents, Ray and Lucinda Halvorson. His funeral was held on September 28, 1976 at Westminster Presbyterian Church. Dorian is buried at Floral Hills Cemetery.

Dorian Lee Halvorson was born on March 2, 1946 in Tacoma. He grew up in Edmonds and graduated from Edmonds High School, class of 1964. Dorian enlisted in the U.S. Navy in 1964. He married his wife, Judy, in 1966 in Coeur d’Alene, Idaho. He was commissioned as a Seattle police officer on November 12, 1968. Dorian loved power boating and salmon fishing. He worked part time as a boat salesman at a brokerage. He was a great cop, admired and respected by all who knew him. At the time of his death, Dorian and Judy resided in Edmonds.