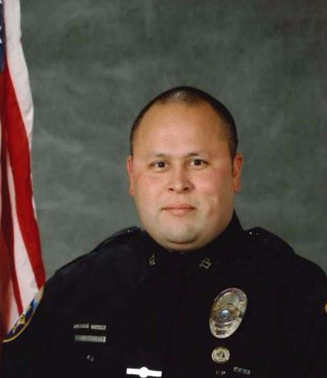 Police Officer Jake Gutierrez was shot and killed after responding to a domestic disturbance call at a home on the 400 block of East 52nd Street.

A male subject inside the home opened fire on Officer Gutierrez, fatally wounding him. Other responding officers were able to make entry into the home and pulled Officer Gutierrez from it. He was transported to a local hospital where he succumbed to his wounds.

The subject barricaded himself inside the home and used two young children as human shields for several hours. He was eventually shot and killed by a Pierce County Sheriff’s Office SWAT sniper.

Officer Gutierrez had served with the Tacoma Police Department for 17 years.