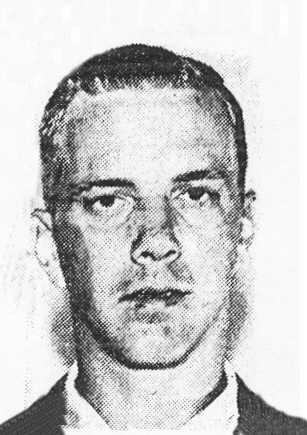 George P. Tielsch was appointed Seattle Chief of Police in September 1970. The Department had a helicopter before that, but it never went out on routine patrol. In 1971, the SPD received a $125,000 federal grant for a Police Helicopter Program. Air 1, a Hughes 300C helicopter, went into service in the summer of 1971. Air 2, another Hughes 300C, went into service in 1972. Air 3, a Bell 47 helicopter, went into service sometime later. The helicopters were an invaluable asset. The SPD Air Unit encouraged patrol officers to sign up for shifts as Helicopter Observers. The ride-alongs familiarized patrol officers with Air Unit operations and the capabilities of the helicopters.

On June 21, 1974, Officer James M. Forbes, 28, from the Georgetown precinct was the helicopter observer on Air 3.  Officer James H. St. DeLore, 31, was the pilot of Air 3.  Around 3:40 p.m., Air 3 was looking for a stolen vehicle around Empire Way S. and S. Kenyon.  SPD Communications received a disturbance call involving a weapon in the 9300 block of 37 Ave. S.  Patrol units and Air 3 responded.  Air 3 arrived overhead, and circled the scene twice.  As the first patrol units were arriving at the scene around 3:45 p.m., Air 3 collided with a Cessna 150 airplane which was preparing to land at Boeing Field. Air 3 and the Cessna both fell to the ground. Both officers aboard Air 3 were killed upon impact with the ground. Both occupants of the Cessna were also killed.

James Melvin Forbes was born on March 12, 1946 in Sharon, PA. He was commissioned as a Seattle police officer on June 17, 1969.  His funeral was held on 6-26-74 at the Wiggen and Sons Chapel. His body was returned to his birthplace in Sharon, PA for burial.

Officer James M. Forbes is survived by his wife, Belva, two sons, Jack and John, and a daughter, Jennifer.