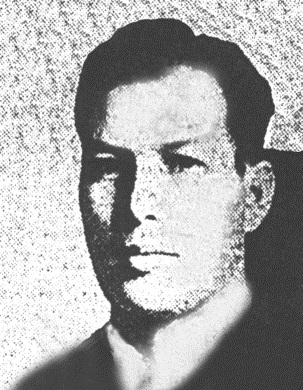 On Thursday, May 28, 1936, Inspector Charles Flachs of United States Immigration and Naturalization Service was at the Pacific Highway Crossing at Blaine when he was shot and killed.

The suspect was Edward McMullen, who had recently killed the head of a gang of bank robbers from Canada named Norman F. “Red” Ryan.  McMullen himself, was a well-known bank looter across Canada and ran with Ryan through Ontario on many other bank heists.

Inspector Flachs had requested United States Customs Inspector Leroy J. Pike’s assistance with detaining McMullen, who was aboard a charter bus crossing into Canada.  Inspector Flachs became suspicious of McMullen when he couldn’t provide identification, saying that he left his paperwork behind in Vancouver.

After shooting Inspector Flachs, McMullen continued to struggle with Inspector Pike.  As Inspector Pike twisted McMullen’s arm, McMullen inadvertently turned the gun on himself and shot himself in the head.  McMullen originally survived the gunshot wound.  He was eventually transported to Seattle General Hospital where he died in the custody of U.S. Marshals on May 30, 1936.

Charles Michael Flachs was born in Baden, Germany in 1893. He served in the U.S. Army from 1910 to 1920 and had been a flight instructor in the Army Air Service during World War I. He was stationed in Blaine with the U.S. Immigration and Naturalization Service for five years. He is survived by his wife, Helen, and his niece, Eileen Smith.