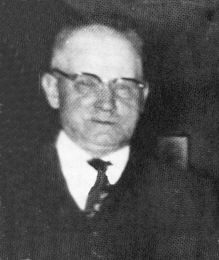 On Thursday, October 4, 1956, Lind Police Department Marshal Albert Davis was shot and killed while attempting to arrest a poacher.

The suspect was a convicted felon and during the arrest attempt, he began chasing Marshal Davis.  During the chase, the suspect shot Marshal Davis in the head, killing him instantly.

The suspect was sentenced to the death penalty, but he was later released after only serving twelve years.