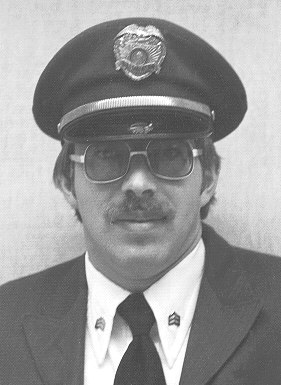 At about 1750 hours, Officer Ernest Jordon spotted an inmate with a knife outside the dining hall as other inmates were eating inside.  As he walked over to confront the inmate, he unknowingly was walking into a confrontation between Mexican American and Native American gang members.  Tension between the two groups of inmates had been increasing throughout the year, but came to a boiling point after inmate Louis Broncheau, a Lapwai Indian, was found stabbed to death the Tuesday before.  His body was found in the inmates’ resident-council office.

Initially, four inmates were placed into segregation cells while an investigation was conducted into Sergeant Cross’s murder.  It was believed that the gang population inside the prison began arming itself after Broncheau’s killing to retaliate against his killers.

The entire prison was placed in lockdown for 130 days as each room and cell were searched and a complete investigation was completed.

George Simmons was convicted of second degree murder and sentenced to life in prison.  He committed suicide in 1981.  Jimi Simmons was acquitted of all charges in 1981 and was eventually paroled in 1983 on his assault charges relating to his original incarceration.

Sergeant Cross is survived by his wife, parents, and brother.