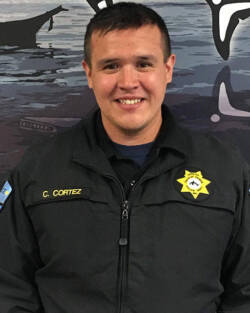 Police Officer Charlie Joe Cortez died after the 24-foot fisheries enforcement vessel he was in capsized after being struck by a rogue wave in the Puget Sound, Washington, at about 9:00 pm.

He and his partner had just escorted a distressed boater into Tulalip Bay when their vessel was struck by the wave and capsized. A search was immediately initiated by tribal, local, state, and federal agencies in the area. Officer Cortez’s partner was located in the water suffering from hypothermia near Hat Island at about 11:45 pm and rescued by tribal fishermen.

Officer Cortez was not located and, due to cold water temperatures and adverse weather conditions, it was determined that Officer Cortez could not have survived. The search and recovery operation was suspended on November 19th, 2020.

Officer Cortez had served with the Tulalip Tribal Police Department for three years.