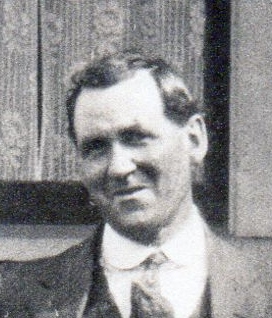 Deputy Sheriff James Chatfield was shot and killed as he and another deputy confronted two men they suspected of smuggling liquor and narcotics on a trail crossing the Canadian border near Blaine, Washington.

Deputy Chatfield had his service weapon out when he ordered the men to stop. One of the men, believing that the deputies were smugglers themselves, drew his own revolver and opened fire. Despite being wounded in the abdomen, Deputy Chatfield returned fire but did not hit the suspect.

Both suspects fled but returned to the scene a few minutes later and turned themselves in to the other deputy. They took Deputy Chatfield to a hospital in Lynden where he died a few hours later.

The suspects were charged with Deputy Chatfield’s murder but released following a mistrial after they claimed they were just hiking in the area and mistook the deputies for criminals.

Deputy Chatfield had served in law enforcement with the Whatcom County Sheriff’s Office and the Blaine Police Department for four years. He is survived by his four children and his step-daughter, and his half-brother. He is buried in Fern Hill Cemetery in Anacortes, Washington.