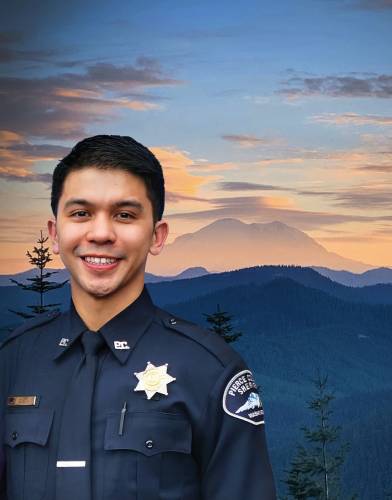 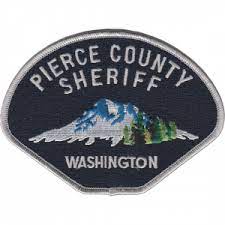 Deputy Dominique “Dom” Calata was shot and mortally wounded on March 15th, 2022.  He succumbed to his injuries the following day.

During a high-risk warrant service in Spanaway, Deputy Calata and members of the Pierce County Sheriff’s Department SWAT Team were confronted by a single male suspect who opened fire on the team, striking Deputy Calata in the head.  A second team member was also struck by gunfire and seriously injured.  Both injured team members were transported to the hospital.  Deputy Calata did not regain consciousness and died in the hospital March 16th, 2022.  The second SWAT member was in the hospital for several days before being released to continue his recovery at home.  The suspect was killed during the incident.

Deputy Calata had served with the Pierce County Sheriff’s Department for 6 years and was assigned to the Edgewood Police Department, a contract city for the agency. He was also a member of the National Guard and an active member of his church.  He and his family were very active and spent as much time together as possible.

Deputy Calata was survived by his wife, 3-year-old son, parents, sister and a large extended family.  As an organ donor, Deputy Calata’s sacrifice gifted numerous other individuals and families.