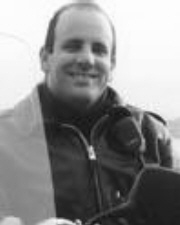 Deputy Mark Brown died two days after being involved in a motorcycle accident while responding to a false robbery alarm at a bank. He was responding with lights and siren when a car pulled out in front of him, causing him to collide with it. Deputy Brown suffered head and internal injuries in the accident. He was put on life support for two days and died when life support was removed.

Deputy Brown served King County Sheriff’s Office for ten years. He is survived by his wife and two children.