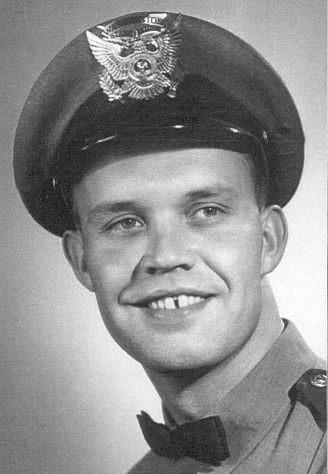 On Tuesday, September 3, 1957, Patrolman Gene Bolstad of the Washington State Patrol was in Long Beach when he was alerted of two swimmers in trouble, possibly being taken out to sea.

Along with Patrolman Bolstad, a 21 year-old Portland man named Dick Bauman plunged into the surf together to attempt rescuing 18 year-old Alvin Weise and companion Bob Leppaluoto.

Bauman was able to rescue Leppaluoto and take him back to shore.  The undertow caught Patrolman Bolstad and Weise, taking them out to sea where they both drowned.

Patrolman Bolstad is survived by his wife, Barbara.