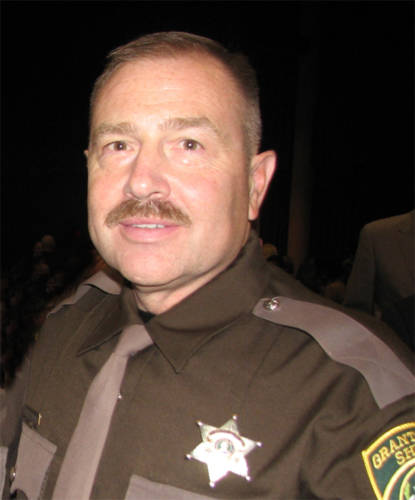 On Sunday, January 3, 2010, Grant County Sheriff’s Deputy John Bernard was involved in a single vehicle collision while on patrol.  He had just cleared a call when his vehicle left the roadway in a curve and rolled while traveling westbound on Road No. 5 NW at SR-283, about nine miles south of Ephrata.