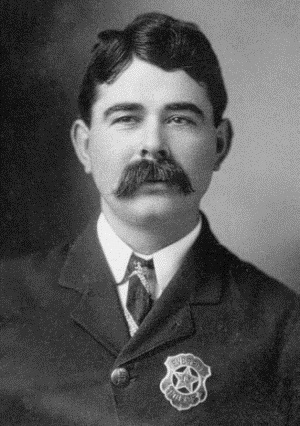 On Sunday, November 5, 1916, a labor riot broke out at the Everett docks when a steam ship Verona attempted to land there with 300 members of the International Workers of the World.  After the ship ignored orders by National Guard Brigadier General Maurice Thompson to turn around, Snohomish County deputies and deputized citizens fired shots on the Verona.  As many as twelve men were shot and fell into Puget Sound.

A riot erupted and during an ensuing gunfight where nearly 2,000 shots were fired.  Snohomish County Chief Deputy Jeff Beard (also former county sheriff) and Deputy Charles Curtiss (deputized citizen and lieutenant in the National Guard) were shot and killed.  It was believed that they were both killed by friendly fire, but it was never exactly determined.

Deputy Beard is survived by his wife and four children.