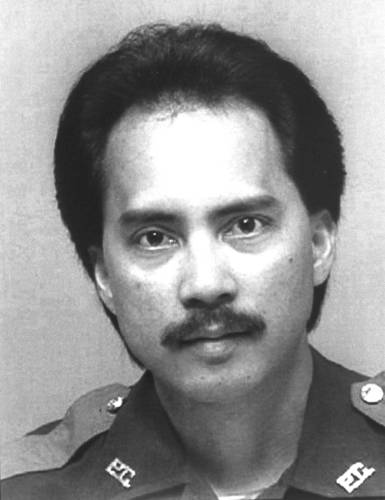 On Monday, October 16, 1995 at about 0730 hours, Deputy John Bananola and other Pierce County Sheriff’s deputies entered 902 East 52nd Street in Tacoma, conducting a drug raid.  As Deputy Bananola entered the house he confronted a suspect, identified himself, and was shot several times by Brian Eggleston.

After several trials and appeals, Eggleston was eventually sentenced of 38 ½ years.

Detective Bananola was a US Air Force veteran and served with Pierce County Sheriff’s Department for eight years. He is survived by his daughter and stepson.