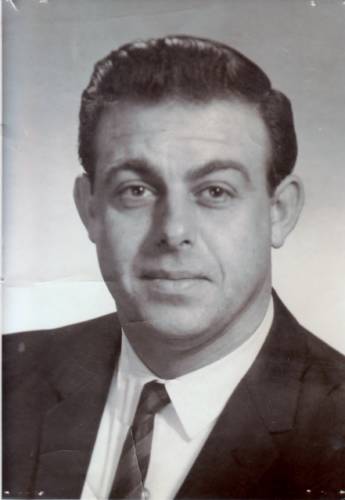 Around 8:00 p.m. on November 11, 1968, two masked men with handguns entered the Pinehurst IGA store at 11552 15 Ave. NE. A citizen standing across the street saw them. He called the Seattle Police Department. After entering the store, one suspect herded several customers and a clerk into a back room. The other suspect forced another clerk to empty the cash drawers. That suspect also took the clerk’s wallet. In all, about $1,100 was taken.

Officer Robert Allshaw, 36, was one of several SPD officers who responded to the robbery in progress call. Bob was a motorcycle officer. His partner was J.J. Hill. Because of the weather that night, they were both working alone in unmarked traffic cars. Bob was the first officer to arrive at the scene.

By this time, many more officers had arrived and were at the south and west sides of the store. One of them was Officer Gerry LaBorde.  The other officers heard the shots and moved towards the north side of the building. Officer LaBorde, armed with a shotgun, saw a man with a gun, crouched and moving backward, emerge from behind the northwest corner of the building. He ordered the man to drop his weapon. The suspect turned and ran. At that moment the second suspect came into view at the corner. Officer Allshaw was behind him and holding the handcuffed prisoner with one hand. His other arm, revolver in hand, was extended in front of the prisoner. Officer LaBorde saw the suspect and an extended arm holding a gun. He never saw Bob Allshaw. Officer LaBorde raised his shotgun and fired. Bob’s prisoner saw what was coming, and ducked. Bob took the full force of the shotgun round. Officer Allshaw was rushed to Northwest Hospital where he was pronounced dead on arrival.

Ogle and O’Neil were both convicted of robbery and first-degree assault. Both were sentenced to a prison term of up to life with a recommended minimum of 20 years. Ogle was also sentenced to 20 years for the liquor store robbery. His two prison sentences were to be served consecutively.

Robert Rowland Allshaw was born in Seattle on July 31, 1932. He attended Lincoln High School and the University of Washington. He served in the United States Marine Corps and fought in the Korean War. On September 3, 1954, he married Suzanne Padgett. He was commissioned as a Seattle police officer on March 27, 1959. Bob and Suzanne had two children, a daughter, Terry Lee, and a son, Daniel.