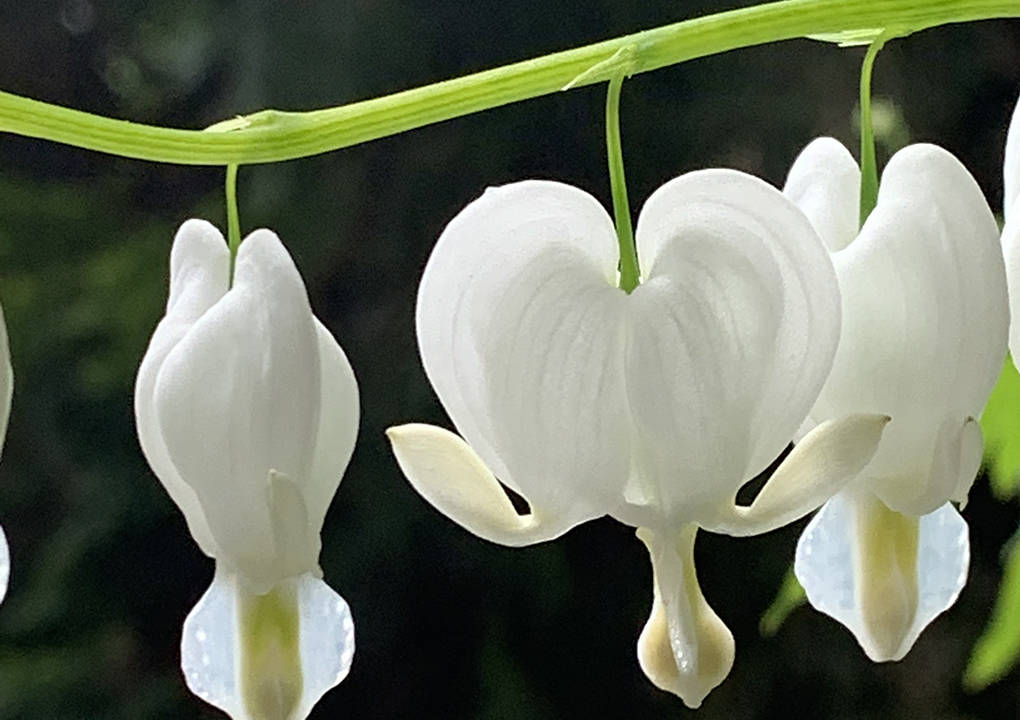 With these sentiments in mind, Angelou, arguably America’s most famous poet, wrote a book in honor of mothers, Mother: A Cradle to Hold Me.

“Yes. It is true. I was created in you,” she read from the book. “It is also true that you were created for me. I own your voice. It was shaped and tuned to sooth me. Your arms were molded into a cradle to hold me, to rock me. The scent of your body was the air perfumed for me to breathe.”

Angelou said a mother did not indulge but loved unconditionally in the deepest possible of ways.

“Love may be the matter that keeps the stars in the firmament. It may be. Love allows you to be tough and tender,” she said. “Love. It does not say you can get away with this and I’ll turn my—because you’re so cute—I’ll turn my back, to something that may harm you later on. No. Love affords you the ability to be courageous.”

In the book that made her famous, I Know Why the Caged Bird Sings, Angelou wrote, “My mother’s beauty literally assailed me. Her smile widened her mouth beyond her cheeks, beyond her years, and seemingly through the walls to the street outside.”

Her mother, she said, was her everything.

Yet her glamorous mother could not handle her small children, and Angelou’s grandmother raised her until she was in her teens. Rather than focus on her wounds, Angelou said she used “the scar to sharpen my pen to write a poem.”

When Angelou was 21 and a young mother, she was holding down two jobs and living on her own. One day, she went to her mother’s house and received some unexpected praise.

“She looked at me and she said, ‘Baby, you know at this minute I want to tell you something.’ She has fox furs on, silver fox furs, and diamond earrings,” Angelou said. “She said, ‘I think you’re the greatest woman I’ve ever met.’ She said, ‘There is of course Eleanor Roosevelt, Mary McLeod Bethune, and my mother. But you’re in that category.’”

“And I thought, ‘Suppose she’s right? Suppose I really am somebody?’ She used to say she was too mean to lie. And she was very intelligent. But maybe it’s about time for me to stop smoking and stop cursing, ’cause I may be somebody.”

Angelou was working on a cable car at the time, and was far from the famous woman she would become, but her mother’s words gave her a sense of her future.

“I have learned enough now, to know I have learned nearly nothing,” she read in another excerpt from her new book. “Only stay when mothers are being honored. Let me thank you, that my selfishness, ignorance and mockery did not bring you to describe me like a broken doll, which had lost its favor. I thank you that you still find something in me to cherish, to admire and to love.”

Reprinted from the ABC article, “Maya Angelou on Mothers”