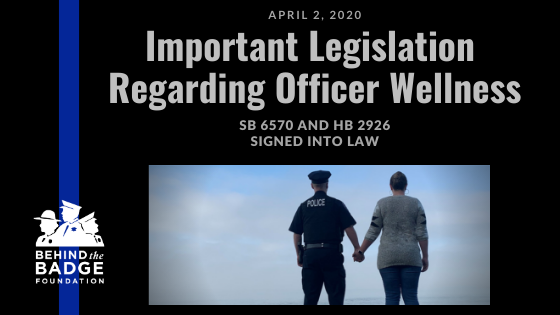 We are living in an unprecedented time, a time of uncertainty and stress for all people, but especially for our law enforcement officers.  Acknowledging this reality, it is incredible news for Behind the Badge Foundation to announce the passage of two pieces of legislation specific to officer wellness which were enacted into law today by Governor Inslee today.  This collaborative work accomplished in the 2020 Legislative Session is vitally important to law enforcement officers across the state of Washington.  SB 6570 and HB 2926 will provide for the further development of programming directly supporting law enforcement officer mental health and wellness, as well as critical incident stress management.

This important work could not have been accomplished with the support and partnership of the following people and organizations. Please help us in thanking the following: