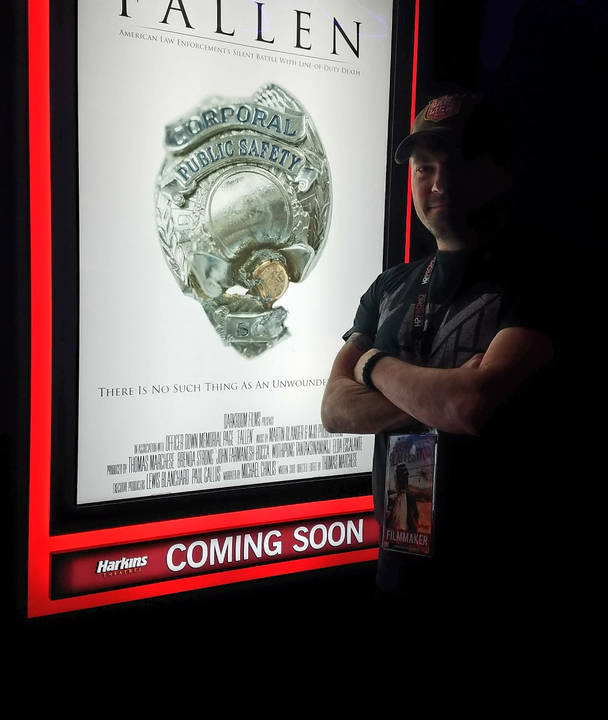 Between 2009 and 2011, line-of-duty officer killings in the US rose a staggering 42%, with overall officer deaths increasing over 60%. Not only were more officers being murdered, more and more were being targeted, ambushed, and slain in numbers. Although 2012/2013 saw a welcome decline, the numbers rose again through 2014 & 2015, and 2016 saw a 56% increase in officers being shot and killed.

​All sides want to interject politics into these numbers, but all of that aside, there are countless personal stories going untold beneath these tragic numbers. These fallen heroes deserve a voice, as do their families, loved ones and partners who are struggling to pick up the pieces these tragedies leave behind.

​For the past 5 years, a production crew comprised of both film industry and public safety professionals has been traveling to police agencies across the country, large and small, urban and rural, candidly interviewing family members, command staff, line officers, city officials and the public in areas that have lost officers. Along the way, they have captured intimate accounts of heroism and loss. Through the words of those who have lived along side these tragedies, these stories will be told.

What makes this project unique is that it is being funded by contributions from the national law enforcement community, along with our extended family and private supporters in the public. Without your continuing support, this film simply could not be made.

Not only will this film serve as an educational snapshot of history, but its raw honesty and intimately candid perspective will serve as a tribute to all those who have sacrificed everything so that we may enjoy the safety and freedoms we all take for granted. ​​