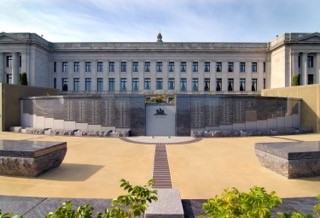 Every year on May 15, Peace Officers Memorial Day honors law enforcement officers who have died or suffered serious injury in the line of duty

On October 1, 1961, Congress authorized President John F. Kennedy to designate May 15 as a day to pay tribute to peace officers. One year later, on October 1st, 1962, President Kennedy signed the bill into law and issued a proclamation declaring May 15 as the annual observance for Peace Officers Memorial Day, and the week of that date to be recognized as National Police Week.

A few years after that, in 1994, President Bill Clinton passed a Public Law establishing that the American flag must be flown at half-staff for Peace Officers Memorial Day, in memory of the law enforcement officers that are honored on this day.

Every year, the President is required by law to issue a proclamation to designate May 15 as Peace Officers Memorial Day, and order government staff to display the flag at half-mast and organize official ceremonies in tribute to the fallen law enforcement officers.

-Light a candle in remembrance