The mission of Behind the Badge Foundation is to honor law enforcement officers who have died or suffered serious injury in the line of duty. We serve as a trusted resource, providing immediate and ongoing support to families, agencies and communities in times of critical need. We also maintain the Washington State Law Enforcement Memorial, commemorating the lives and dedication of officers who have died in service to our state. 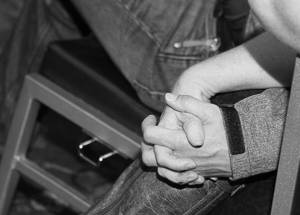 The Realization and the Dream

Ten years of grass root efforts like events, selling logo items, booths at local fairs prevailed.  January of 2005 saw the release of the Law Enforcement Specialized license plate.  In May of 2006 the Memorial was dedicated to the citizens of the State of Washington.

Strong financial support and mentorship were given by Bruce and Jolene McCaw and the Apex Foundation. Their respect for the sacrifices made by law enforcement professionals continue to be shown time and again. Supporters too numerous to name have given their time and finances.

State’s Portion of the Construction Project
The Washington State Department of Enterprise Services (DES) (the state agency responsible for the buildings and grounds on the Capitol Campus) prepared the location for the Memorial by stabilizing the construction site, building the Memorial’s retaining wall and landscaping the hillside immediately below the Memorial. DES also constructed a walkway, on the hillside, that enables pedestrians to access Heritage Park, Capitol Lake and downtown Olympia from the upper Capitol Campus grounds. DES has given untold hours of labor towards construction of the Memorial and has donated financially to portions of the project that enhance the Memorial, the Capitol Campus, and Heritage Park.

Remember our fallen heroes with us. View the Roll Call of Honor